In today’s culture, names are really a “legal label” that we use to distinguish each other. They are given to each of us (usually by our parents) out of preference, or family tradition, and they go on our legal birth certificates, driver’s licenses, passports. They are only changed when a marriage occurs, or someone wants to go through the legal process of changing their name for another reason–and even then, you m 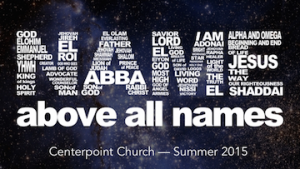 But names are quite different when encountered in the Bible. They are often given to indicate a trait or destiny, and are frequently changed as a result of changed circumstances. In the Old Testament, God changes “Abram” and “Sarai” to Abraham and Sarah, as he gives them a new destiny as the parents of the Hebrew nation. He changes Jacob’s name to “Israel” (which means “he who wrestles with God”) because Jacob did just that–wrestled with God. In the New Testament, an angel tells Joseph to name Mary’s baby “Jesus” because he will save his people from their sins, and Jesus later renames Simon son of Jonah, “Peter,” which means “rock,” for on this rock, he would build his church.

This Summer, our sermons will ponder some of the names in the Old Testament for God, and in doing so we will come to know Him better–His character, His qualities, His desires. The Preaching Team will consist of five men: Steve Bergstrom and Vince Willis (both Elders) will be joined by Luke Spencer, Nate McKanna, and Leon Li. As we take turns in the pulpit, we are desperat 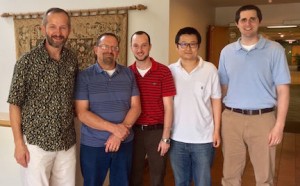 ely preparing and praying together that those who might hear our sermons will draw closer to our magnificent God so that we might worship Him better, be strengthened, and be able to share Him with our world.