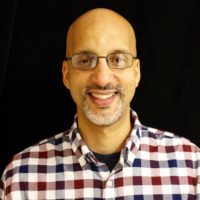 Chris Lesiuk is originally from Virginia Beach, VA. After joining the military at age 19, he served for 13 years in the United States Air Force. It was during that time that Chris came to know Jesus Christ as his personal Lord and Savior. Upon discharge from the Air Force in 2005, Chris and his family moved to Texas so he could attend Dallas Theological Seminary. He graduated in 2010 and currently serves as Pastor of Community & Discipleship at Centerpoint Church. Chris and his wife, Kristy, have been married for 20+ years and have three daughters. They currently live in Forney, TX.