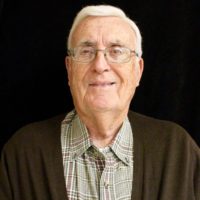 Bob was born and raised in Dallas, TX. He attended Southeastern Christian College in Kentucky where he met his wife, Janet. They were married in 1962. They have 2 children, Rebecca Dickens (husband, Chip), and Mark Yarbrough (wife, Jennifer), and 6 grandchildren. Bob graduated from the University of North Texas in 1964 receiving his Master’s Degree in Educational Administration, and did post-graduate work at the UT Austin in School Administration. Bob served 34 years in the Hurst/Euless/Bedford ISD, 29 of those as an elementary school principal. During those years, Bob also pastored churches in Denton (5 years) and in south Dallas (25 years). He and Janet joined Centerpoint Church (then Eastfield Bible Chapel) in 1998. Bob has taught a mid-week Bible class and served as a church elder at Centerpoint Church since 1999. Loving his wife and family, and serving his local church family are top priorities in his life.