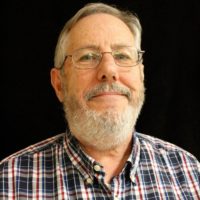 John was born and raised in Dallas, TX  At the age of 11, John placed his faith & trust in Jesus Christ as his Savior, but it wasn’t until a seminary student showed him how to share his faith at the age of 16 that he really began to grow spiritually. That spiritual growth was strengthened through the ministry of the Navigators in college. He and his wife, Jan, met in a class at Texas A&M University where he later graduated with a BS in Electrical Engineering. It was during his college years that John started attending Eastfield Bible Chapel, which is now Centerpoint Church.  Two years after graduation, John & Jan were married, and have been married 40 years. John has worked in the electronics industry for over 40 years in the Dallas area while also serving the church in roles with AWANA, Children’s Church, and teaching Sunday School.  After a few years away, John & Jan have been members at Centerpoint for 11 years where he serves as an elder, serves on the Missions Committee, leads a small group and rotates in the sound booth and in teaching in the Faith For Life class.  They currently live in Richardson and have two adult children, Andy & Sallie.