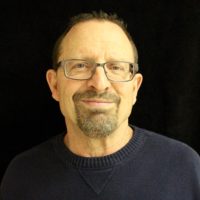 Steve was born and raised in Wilmington, Delaware. He graduated from Philadelphia College of Bible (now Cairn University) in 1978 with a degree in Christian Education. In addition to a great education, Steve met the love of his life, Leslie, there and the two of them married the following year. In 1983, after serving as an associate/youth pastor in Pennsylvania, Steve moved his family to Texas to study at Dallas Theological Seminary. After several years of study, family priorities commanded Steve’s full attention; however, God continued to use him in ministry at Eastfield Bible Chapel, which is now Centerpoint Church. In his 30+ years as part of this community, he has served in a variety of roles—Sunday school teacher, AWANA club director, youth pastor, and currently as children’s pastor and a member of the preaching team. Steve also owns and operates Southwind, a lawn care and landscaping business he began during his seminary years.Steve and Leslie have lived in Mesquite since 1988 and have raised three beautiful daughters, Erica, Kelly, and Heather, who are their pride and joy. They also have three sons-in-law, for whom they are very thankful, and even better, five wonderful grandchildren. They are the absolute lights of their lives! In his spare time, Steve enjoys reading, carpentry, and being with his family. Steve and Leslie are deeply grateful to have been a part of this local body of Christ. Centerpoint Church has blessed and enriched their lives more than words can say.